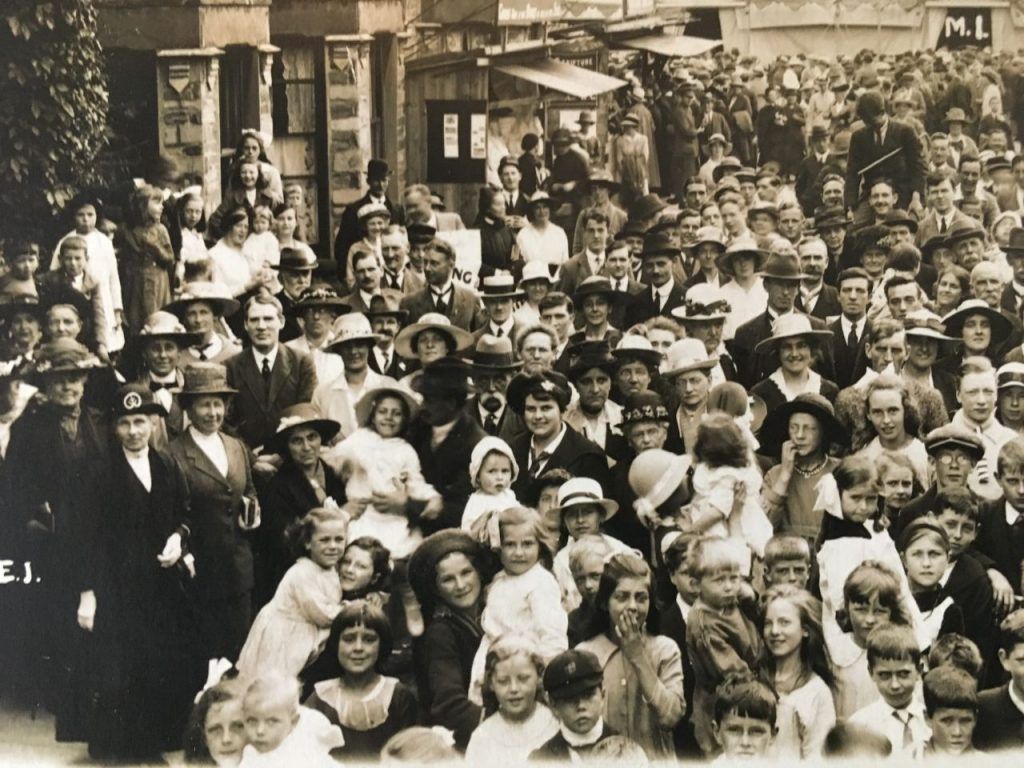 Keswick Convention was established in 1875, and from the beginning its aim was to help those wanting to know God better and to live godly Christian lives.

That remains true today. The event has developed over the years and is known for many other things as well – a commitment to mission, seeing Christians from different denominations working together, a continued emphasis on the exposition of scripture that is applied to people’s lives, year round teaching and training opportunities and many Keswick Fellowship events around the country and indeed the world. 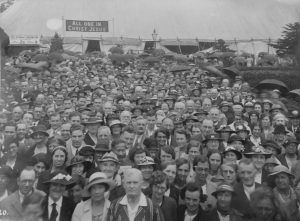 The first Convention was organised by Canon Thomas Harford-Battersby, and his friend Robert Wilson. Harford-Battersby was Vicar of St John’s Church in Keswick, and he chose to hold the first event in a tent erected on his lawn. Three or four hundred people attended, and within a few years, Christians from all over the world were making an annual pilgrimage to the little Lake District town, to hear the best Bible teachers that were available. In 1901 the first marquee was erected on the Skiddaw Street site.

After attending a conference in Oxford, Harford-Battersby commented:

‘Christ was revealed to me so powerfully and sweetly as the present Saviour in his all sufficiency.’ And later he added ‘I found he was all I wanted: I shall never forget it… How it humbled me and what peace it brought.’

It was to share this teaching more widely that the Convention was founded. The early Conventions met with a number of setbacks, in particular criticism from those who were suspicious of the teaching on the higher life, but numbers attending grew steadily and many mini-Keswick conventions were held elsewhere.  The language of ‘higher life’ was later abandoned.

A second week of convention was started at Keswick in 1969. A third week began in 2001, which reflects the considerable success of week 2 in attracting families and younger people. The total number of individuals attending Keswick, over the three weeks, has reached 12,000.

The Convention has long been noted for its involvement with mission. Chairmen of the Keswick Council, many missionary societies and indeed colleges owe their roots to the Keswick Convention.  Missionary meetings started in 1888, and both Hudson Taylor of China and Amy Carmichael have strong connections with Keswick’s commitment to mission.

The benefits of the Keswick Convention are not limited to the town of Keswick itself. Today, there are many annual meetings, some of them very large indeed, that either still use the Keswick label or owe their existence to the Convention, held not only in the UK but also around the world, including in Japan, Australia, Jamaica, North America, India, parts of Africa and New Zealand. 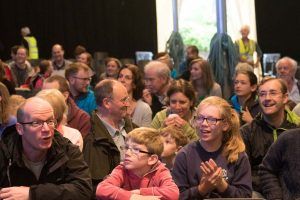 In the twentieth and twenty-first centuries the speakers and leaders at Keswick have included many of the best-known preachers in the evangelical world, such as John Stott, highly respected for his outstanding expository ministry at All Souls, Langham Place, London, and his associated international ministries; Donald English, who was twice President of the Methodist Conference; George Duncan, known especially for his ministry at St George’s Tron Church of Scotland, Glasgow; David Coffey, General Secretary of the Baptist Union of Great Britain; and Anne Graham Lotz from the USA.

Significant new developments have taken place in recent years. In 1997 the Rawnsley Hall, near the centre of Keswick, formerly part of Keswick School, was purchased. This has extended the range of activities undertaken, particularly with young people.

In 2015 the Pencil Mill was acquired, as an integrated home for the Convention and the wider work of Keswick Ministries.

Today, Keswick Ministries not only hosts the annual Convention over three weeks in the summer, but also holds Teaching and Training events throughout the year.

The Keswick Convention is run by Keswick Ministries, the operational name for Keswick Convention Trust. Trustees are drawn from a number of Christian organisations and denominations but on a personal basis only, not as sponsored or in delegated roles.

The day-to-day work and ministry of the charity is currently led by its Ministry Director, Rev Dr James Robson.

The Convention’s motto remains today – ‘All One in Christ Jesus’.

The event does not charge any admission or registration fee but relies on voluntary donations to meet expenditure. The 12-15,000 visitors to the convention find their own accommodation in the town, either in hotels, B&Bs, self-catering properties, or on one of a number of caravan or camping sites nearby.

Keswick Ministries is committed to the spiritual renewal of God’s people for his mission in the world and is encouraging believers globally to be committed to these three fundamental priorities: hearing God’s Word, becoming like God’s Son, and serving God’s mission. 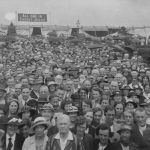 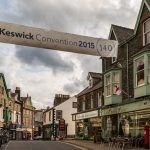 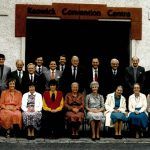 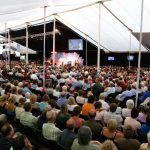 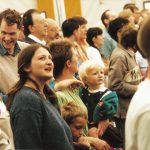 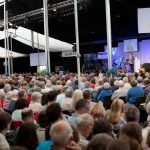 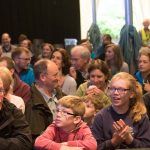 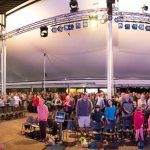 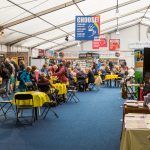 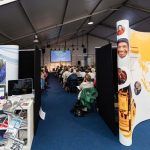 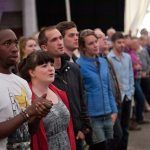 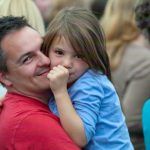 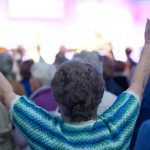 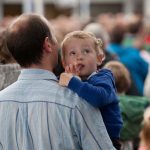 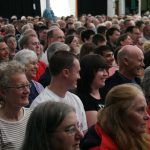 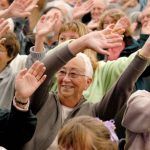 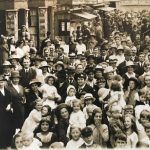 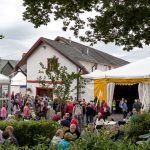 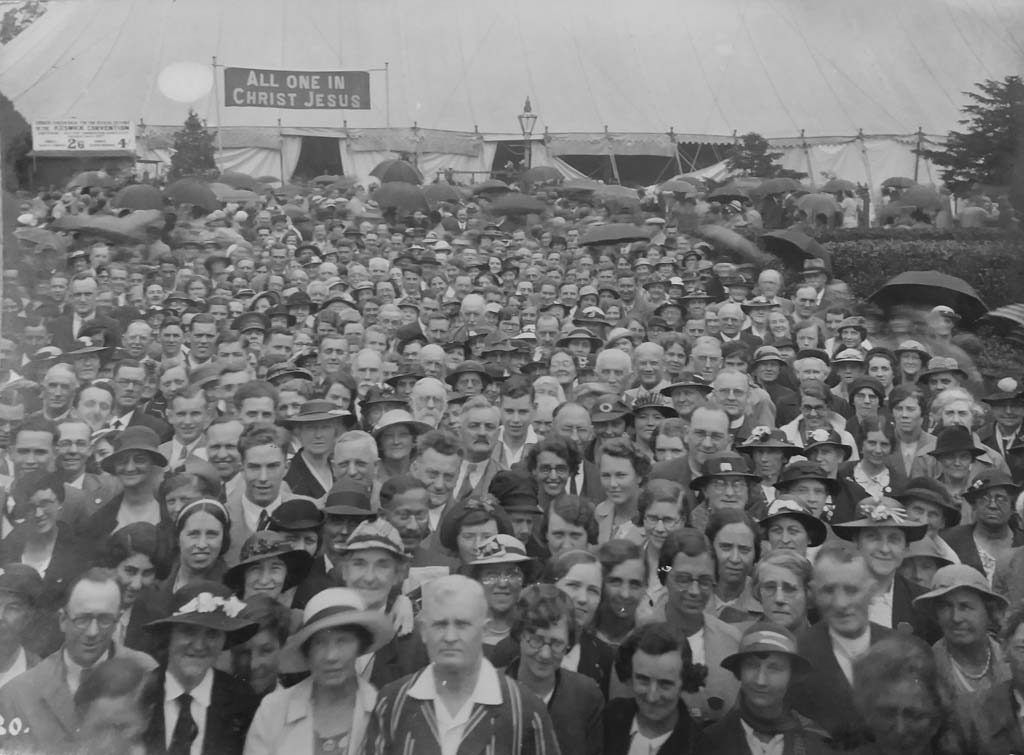 Come along to this year’s Keswick Convention

We have a packed programme of Bible teaching and a thriving children and youth programme to encourage you in your walk with God.