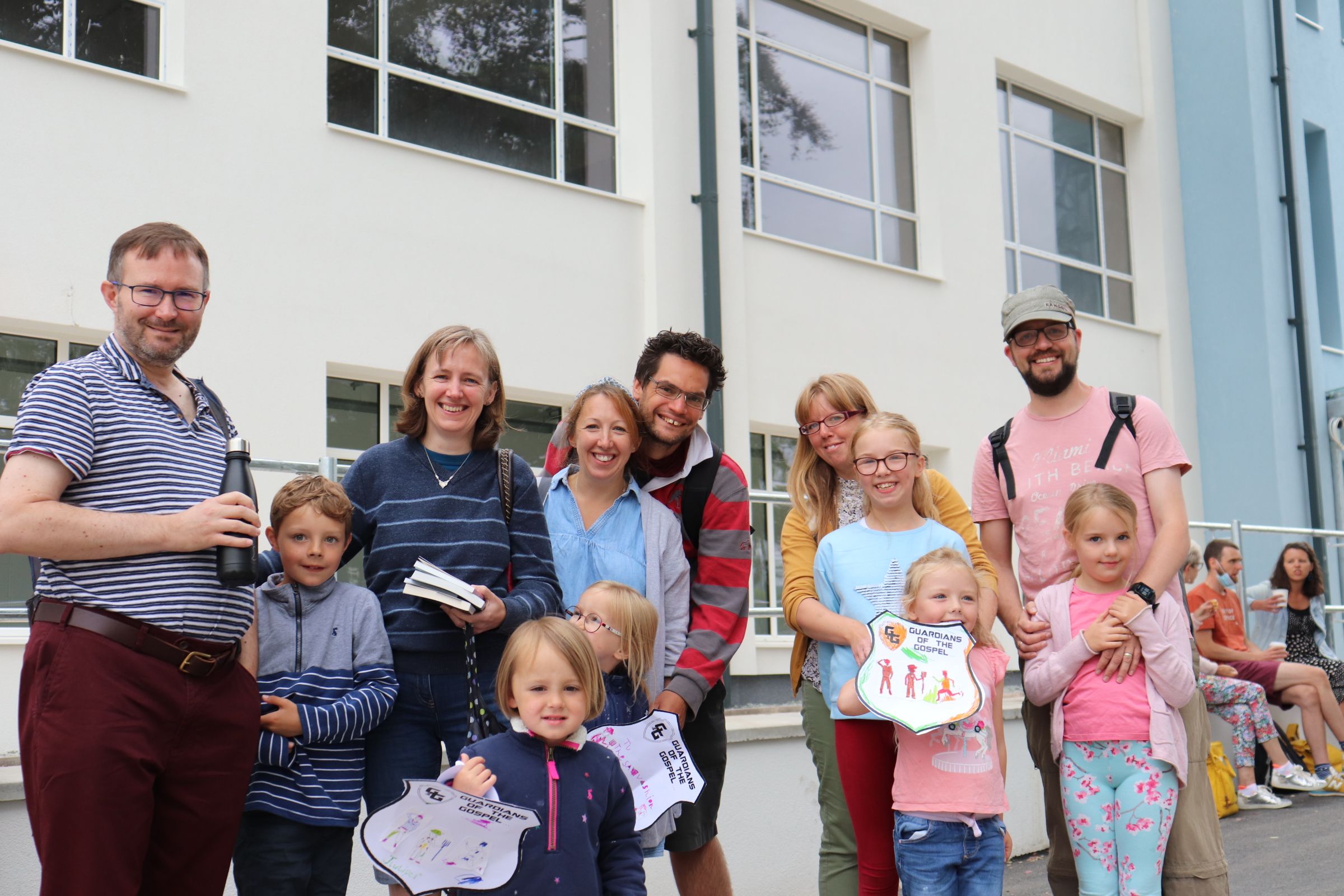 The 2021 Keswick Convention was a great success, say organisers, as speakers and delegates returned home after the three-week event – which this year was held on one-site with Covid measures in place.

The Convention, now in its 146th year, took place, for the first time on the combined Pencil Factory and Rawnsley site. A host of measures were introduced to ensure the site was Covid-secure. Visitors were required to wear masks inside, take twice weekly lateral flow tests and maintain social distancing, even after Government restrictions ended in mid-July.

David Sawday, Chief Operating Officer for Keswick Ministries, said: “There’s no doubt that it has been a mammoth task to host the Convention just as the UK was emerging from lockdown. The effort was worthwhile, though, and the Convention was a wonderful celebration as people gathered together many for the first time.”

One particular highlight was on the Monday morning service on July 19th, when congregational singing was once again allowed in in England as part of the Government’s unlocking roadmap. Nine hundred voices were raised in song – albeit with masks on.

“Thankfully, due to the precautions and the responsibility shown by the team and visitors, there were no positive cases of Covid across the three weeks amongst the team,” added Mr Sawday, “and we are aware of only one case among children and youth.”

This year’s programme featured Morning Bible Readings, Evening Celebrations, Keswick Lectures, a selection of Seminars, as well as programmes for families and youth, on the theme of Faithful. The final week of the Convention also featured the Keswick Unconventional programme at St John’s Church, an arts stream of concerts, workshops and evening events.

Mr Sawday said: “People have really enjoyed meeting together again and studying the Bible on the theme of God’s faithfulness which has echoed through every aspect of the Convention programme.”

Conventioner Yvonne Selby, of Derby, said: “The bible teaching here is great and it is lovely being altogether on the site.”

The combined site in Keswick enables adults, children’s and youth activities at the Convention to be held in one place – seminars and youth work were in the newly refurbished ground floor of the Pencil Factory, while the factory’s former Packing Hall provided the main venue for meetings.

The Convention was also available virtually, both livestream and catch up, through a new Convention website – built by Keswick Computer Solutions – this enabled people from around the world to tune in to hear teaching across the three weeks. Over the weeks of the Convention this attracted some 187,000 views and 60,000 hours of watch time. 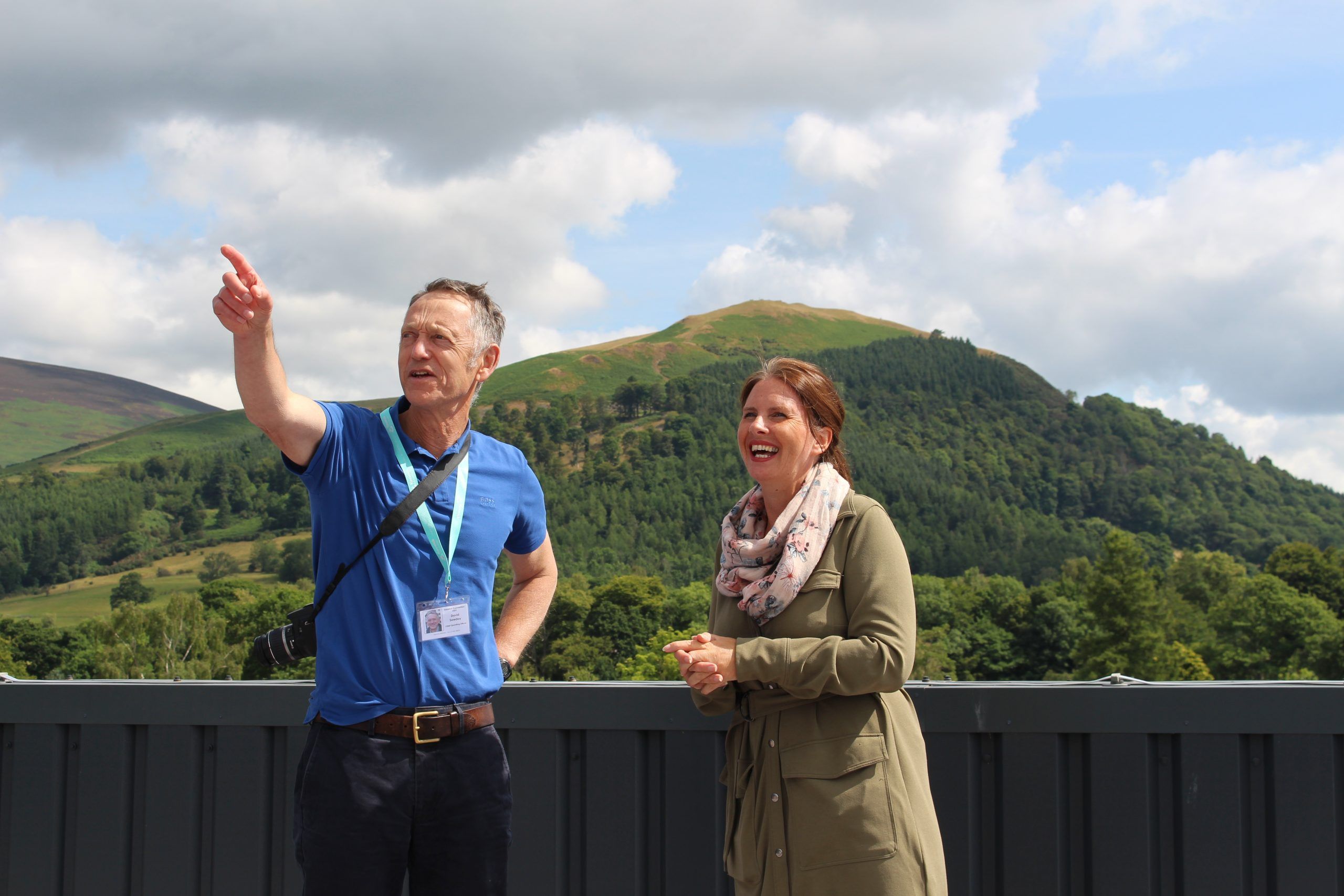 During the Convention, Copeland MP Trudy Harrison visited the site and took a tour of the Pencil Factory, which included seeing the panoramic views of its rooftop.

She last visited the site during the 2019 Convention before work on the ground floor of the Pencil Factory had begun.

In her latest visit, she said: “Clearly a huge amount of work has been completed and it is brilliant to see the transformation of a building which is thought of so fondly.”

Phase Two of the transformation work is set to start in the Autumn. This will include re-rendering the rear of the building and revamping the first and second floor of the building, ready for next year’s Convention.

Plans are already in the pipeline for next year which will see the main meetings be in a 3,000+ seater marquee which will be located next to the Packing Hall. The Packing Hall will be used for the Base Camp; with a café, bookshop and mission area.