We are partnering with Faith in Later Life to bring you a conference about faith in the second half of life.

There are two streams: one for those who are about to, or have recently, retired; the other addresses different aspects of the fourth age. Whether you are firmly in later life, have retired recently, or are reflecting on what life looks like now your children have left home, the talks and seminars will be relevant to you.

Leading thinkers, speakers and practitioners will bring teaching and insight into a variety of aspects of later life. You may be someone who wants some practical ideas about how to engage older people in your community, or how to care for an elderly family member or friend, or someone with dementia. Or you may be reflecting on how to best prepare for later life and wonder what the Bible has to say about older age.

We want to inspire, equip and empower those in the second half of life to live for Christ. 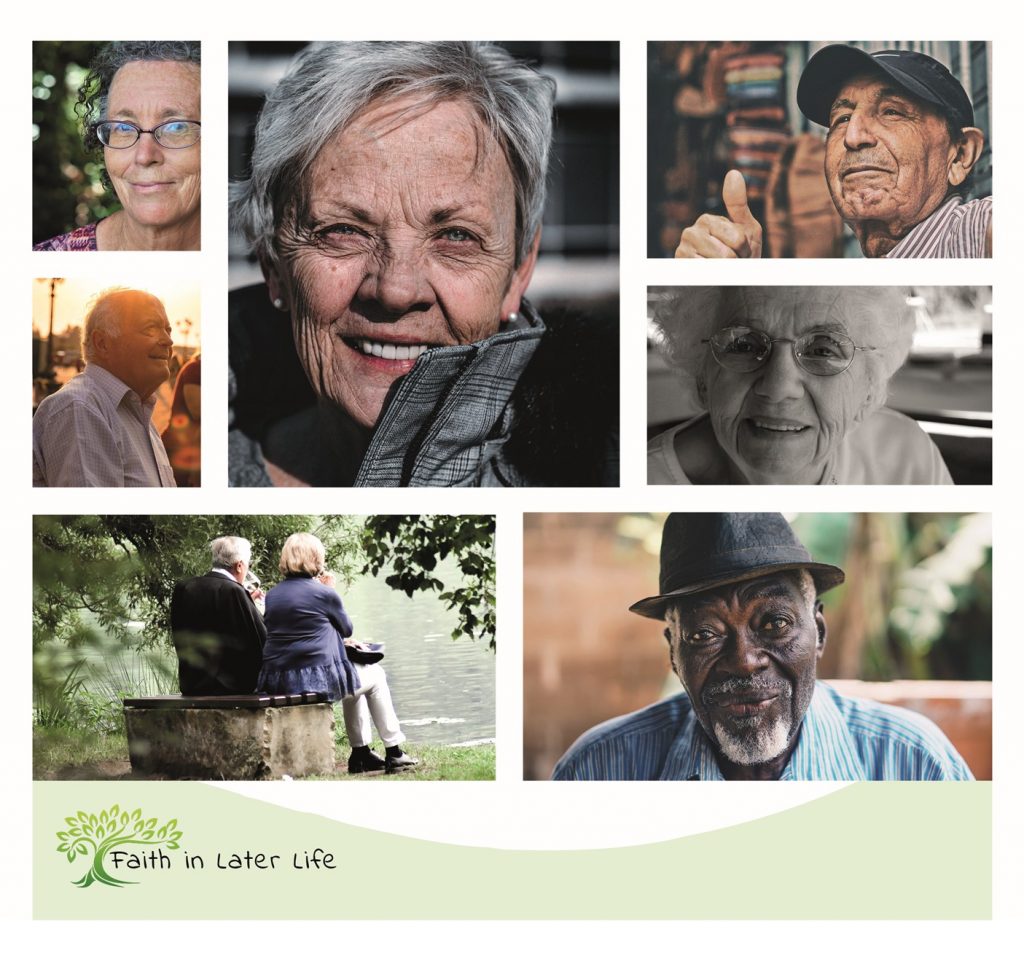 We are thrilled to have Professor John Wyatt as our keynote speaker. Professor Keith Brown, Debs Fidler, Jenny Brown and Jeremy Marshall will be speaking in our fourth age stream. Gillian Phillips will be delivering a stream covering material from the ‘Retiring Well’ course. Jenny Brown and James Robson will be providing Bible teaching, and James Hill, the new CEO of Faith in Later Life, will be leading worship.

John Wyatt is Emeritus Professor of Neonatal Paediatrics at University College London and a Senior Researcher at the Faraday Institute, Cambridge University. He has a long-standing interest in the ethical, spiritual and personal challenges raised by advances in medicine and technology and what it means to live well and to die well in the light of the Christian hope. John is currently President of the Christian Medical Fellowship and chair of the Kirby Laing Institute for Christian Ethics.

Professor Keith Brown is the founding Director of the National Centre for Post Qualifying Social Work and Professional practice. Keith is a regular commentator for the BBC on welfare issues, is a leading expert in his fields, and has written over 35 textbooks used as key texts by Health and Social Care Professionals.

He works regularly with Faith in Later Life, Jubilee Plus and Neighbourhood Prayer network, and has produced guidance for Christian organisations on the support and value of older people, loneliness, safeguarding and preventing stress. Keith is currently the Chair of the Safeguarding Adults National Network and leads the National research into financial fraud and scams with the Chartered Trading Standards Institute and the National Scams team.

He has researched and published widely in the area of Mental Capacity and its implications for professional practice. He is also a member of the National Mental Capacity Leadership Forum and the joint fraud task force and advises at the Department for Health and Social Care, Ministry of Justice and the Home Office. Keith has been a Christian for over 40 years and is a member of Above Bar Church in Southampton.

Debs Fidler is the Director of Silver Cord (an inter-church befriending service in East Manchester). Debs also draws from her research and studies in Third Age Mission and Ministry at Cliff College. She is also a regular speaker for ‘Faith in Later Life’.

Debs’ key passions include: valuing older years; releasing the missional potential of the older generation within the church; bridging generational gaps with intergenerational practice; and; the role of the church as family as it responds to the loneliness endemic in the UK. Alongside Silver Cord, for the last 8 years Debs has been a community worker for Hope Community Church in Manchester.

Jeremy Marshall was CEO of the UK’s oldest private bank, C Hoare and Co when he was diagnosed with incurable cancer in 2015. Given a short time to live, he has found many opportunities in between ongoing treatment to share his faith with many people in homes, churches, universities, schools and even football stadia. His new book “Beyond the Big C” is published by 10ofthose and is about hope in the face of death and is designed to give away to our non-Christian friends. He is Chair of a number of Christian charities and recently was involved in acquiring a Christian bank, Kingdom Bank. Married to Jeanette he lives in Kent with three adult children.

Jenny Brown is Reach Programme Co-ordinator at Friends International and delivers training & mentoring in Christian theology and mission. Previously she was senior associate minister for training and world mission at All Souls Langham Place, has worked with IFES and UCCF in Russia, and has a BA from All Nations Christian College. Jenny is a board member at Global Connections, is a Reader, regularly speaking at her local church Holy Trinity in Hurstpierpoint where she moved to care for her mother after many years in London.

Gillian Phillips for the past fifteen years has worked as a consultant to several mission organisations in developing new forms of governance, conducting assessments of effectiveness and relevance, with previous background in teaching and market research. She also has wide experience of using coaching and mentoring within the context of mission and church, particularly focussing on navigating through change and transition.

She is Chair of the International Board of SIM and a Trustee of Langham Partnership UKI. For many years she was at All Souls Langham Place, where she chaired the mission committee, and served on the PCC. She now attends All Saints, Eccleshall, in Sheffield. Gillian is a widow with four daughters and many grandchildren.

Jamie Hill joins Faith in Later Life from Christian book distributor Kingsway CLC trust, where he was Executive Director. Previous roles include Executive Director of Missions for the Message Trust, and six years with the Bible Society.

He has led teams of many sizes, and is passionate about evangelism, collaboration and cross-generational ministry. Jamie is a worship leader, dad to Talitha and Josiah, and is part of Ramp Church in Manchester.

Before leading Keswick Ministries, James was involved in the training of church leaders for nearly 20 years, helping with their formation and teaching them the Old Testament. He taught for 10 years at Oak Hill College, and then for 7 years at Wycliffe Hall, Oxford University, where he was Senior Tutor and part of the Senior Management Team.

For those in the second half of life (empty-nesters/ soon to retire/retired).

View the leaflet in PDF format

The conference will take place at Keswick Ministries, in Keswick. The cost will be:

Accommodation should be organised on a individual basis. A good place to start your search for accommodation is Keswick Tourism, they have a good search facility and cover many of the B&B’s, guesthouses and properties in Keswick.

To register and pay please complete the registration form below and for further information contact Carolyn on carolyn.south@keswickministries.org or on 017687 80075 option 4.