A tribute to Peter Maiden 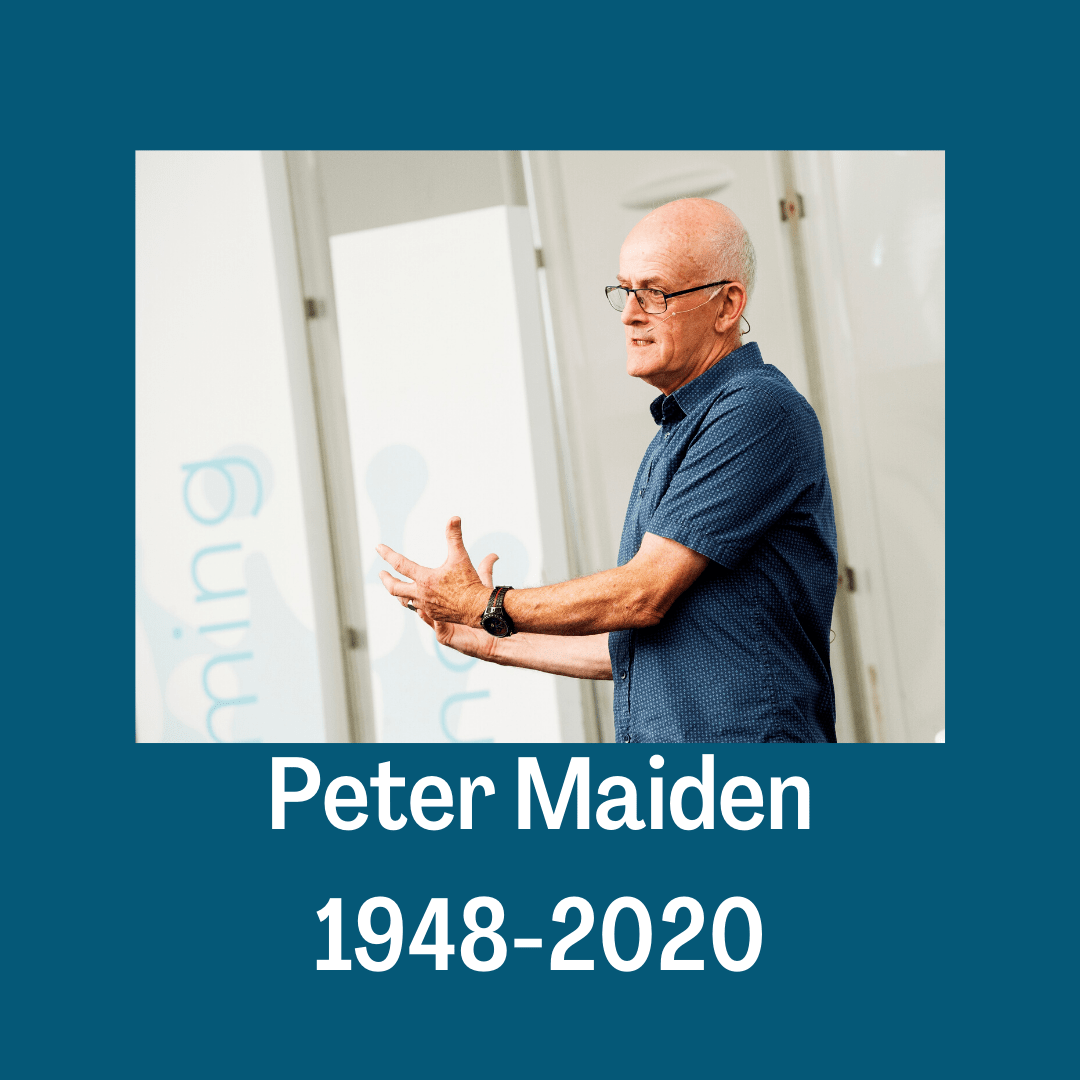 Our faithful friend and brother in Christ, Peter Maiden, has gone to be with the Lord – at the age of 72.

It’s a time of immense sadness – for those left behind, including of course his beloved wife, Win, his children, grandchildren and wider family, and those around the world impacted through his life and ministry. It’s also a release for him, too, as he is with the Lord he loved and served, following a 12-month battle with cancer.

We’ve all known Peter in different ways over the years, and we’ll have different memories of him, but I have little doubt that there are some common themes:

Peter’s integrity – Peter was a man who didn’t just love Jesus Christ, he also lived for him and showed a Christlikeness that was the fruit of consistent discipleship over his whole life. Wherever you saw him, in whatever situation, and with whoever he was talking to, he was the same.

Peter’s humility – Peter was a man of immense gifts, yet he wore them lightly. He did not demean others, and was himself characterised by a self-deprecating humour. He did not thrust himself forward, but was always there to step in when needed or asked. He was a team player, equally at home on the main platform at Keswick, preaching, or hoovering the creche with no public gaze. The foundation of his day and his life was prayer, dependence on the God he loved and served, and he sought to live a life shaped by the Word of God.

Peter’s passion for world mission – Peter’s heart burned with a passion for those who did not know Christ, and every fibre of his being and every moment of his life had that global perspective.

Peter’s love for others – even when he was seriously ill, he was genuinely interested in others. Far from being self-obsessed, he cared for others in a way that meant everyone who engaged with him felt better for having been with him. Even his characteristically brief emails bore the marks of his love and care.

There are many more things that can be said. He was a dear friend of Keswick Ministries, whether serving as a Chair or trustee, as preacher or as host at the Convention, as ambassador and speaker at other Keswick events in the UK and around the world, as Minister-at Large, and, of course, behind the scenes in ways too many to count.

In addition to his roles at Keswick Ministries, Peter also served as International Director for Operation Mobilisation, was a church elder and was on the Board of Trustees for Capernwray Hall and its Bible School. He has also written several books, with his latest publication, Radical Gratitude, released this month – in time for Virtually Keswick Convention.

In Peter’s honour, a memorial fund has been set up through Operation Mobilisation. We are so humbled at Peter’s request for half of the money to come to Keswick Convention and the other half to be designated to support projects that benefit the work of God through OM in South Sudan. (All donations will be managed by Operation Mobilisation.) Click here for more details.

“I have fought the good fight, I have finished the race, I have kept the faith.” 2 Timothy 4:7