In partnership with The Faraday Institute for Science and Religion we are putting on a two-day conference which aims to equip Christians to be able to engage faithfully with challenging ethical and scientific questions.  This event will be delivered online.

The sessions will encourage you in your walk with the Lord and will give you a greater confidence in your understanding and speaking into some on the most critical questions of our day. 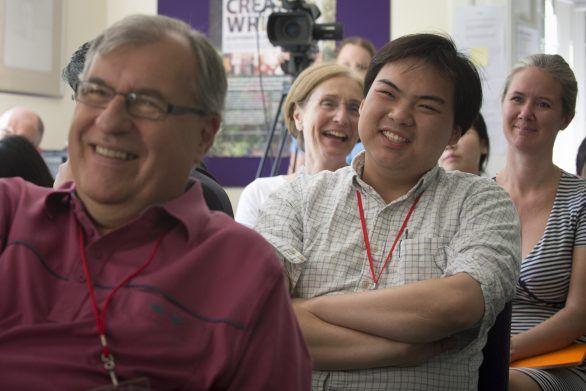 Denis Alexander is the Emeritus Director of The Faraday Institute for Science and Religion and Emeritus Fellow of St Edmund’s College, Cambridge. Dr Alexander was previously Chairman of the Molecular Immunology Programme and Head of the Laboratory of Lymphocyte Signalling and Development at The Babraham Institute, Cambridge. Prior to that he was at the Imperial Cancer Research Laboratories in London (now Cancer Research UK), and spent 15 years developing university departments and laboratories overseas, latterly as Associate Professor of Biochemistry in the Medical Faculty of the American University of Beirut, Lebanon. There he helped to establish the National Unit of Human Genetics. He was initially an Open Scholar at Oxford reading Biochemistry, before obtaining a PhD in Neurochemistry at the Institute of Psychiatry in London.

Dr Alexander writes, lectures and broadcasts widely in the field of science and religion. From 1992-2013 he was Editor of the journal Science & Christian Belief, and previously served as a member of the executive committee of the International Society for Science and Religion. He gave the Gifford Lectures at St Andrews University in 2012 and these were published by CUP under the title ‘Genes, Determinism and God‘.

I am Gobal Advocacy and Influencing Director for Tearfund and carry a vision to inspire and equip Christians to a whole-life response to poverty, helping build a movement that brings about lasting change on the issues that impact the poorest and most vulnerable.

I have a particular interest in environmental issues and long to see the culture of the Church change so that caring for God’s earth becomes an integral part of church life, rather than an optional extra. To that end, before Tearfund, I was Churches and Theology Director for A Rocha UK, a Christian charity that works for the protection and restoration of the natural world, and I spearheaded Eco Church, which helps churches do just that.

Academically, I have a theology degree from Cambridge and a doctorate from Kings College London, in which I looked at simplicity and consumerism and particularly at the relationship between Thomas Aquinas’ virtues of temperance and justice. I also hold honorary doctorates from the Universities of Winchester and Chichester and am currently Canon Theologian at Rochester Cathedral.

I have written extensively on justice, environment and lifestyle issues, particularly from a Christian perspective.

David Randall is a doctor working in renal medicine in London and conducting academic research into the development of kidney disease at the William Harvey Research Institute, Queen Mary University of London. He is actively involved in the work of the Christian Medical Fellowship, where he chairs the Medical Study Group that considers developments in medical ethics and produces a range of resources addressing these issues from a Christian perspective. David is married to Abigail, a GP in Tower Hamlets. They have three children and are active in the life of their local church.

Church leaders, Christians in scientific professions, those with an interest in science/ethics.

The event will be held online. The cost for the event is:

We are offering a reduction in fees for students and trainee church leaders on this course: £20 for the virtual event. If the cost is prohibitive for other reasons, please contact us to enquire regarding reduced fees.

To register and pay please complete the registration form below and for further information you can contact Carolyn at carolyn.south@keswickministries.org or on 017687 80075 option 4.